​C​ollin's Coaching Philosophy: "​ Soccer is about player development, not about winning. Coaching my players, I focus on how they develop technically, tactically and physically, not about state rankings or statistics. A well rounded player will  be more successful in the long run."

Coach Collin focuses on consistent education, upgrading his licensing every chance he gets. Collin currently holds a USSF National licenses and looks forward to taking more coaching courses both through NSCAA and USSF. Collin is also a certified personal trainer and nutrition specialist and incorporates them both to benefit his players.

Coaching Philosophy: " I encourage my players to be creative with the ball at their feet as well as smart with their off ball work. This allows my players to play attack minded soccer with the ability to play a possession style game. Successful players are a student of the game so I also focus on the mental development of the player, which will allow them to think the game and be one step ahead of their opponent. It is vital that my players love to play the game. We approach each and every practice just like we do a match to ensure that we are making the most of every opportunity we get to play the beautiful game." 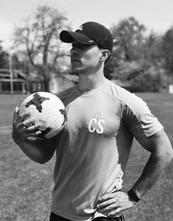 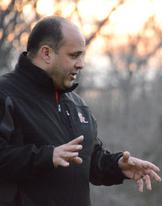 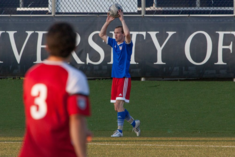 Joe’s Coaching Philosophy: "Through encouraging creative and technical play, my players learn to play very attack minded soccer. With a positive mind set my player will have the ability grow stronger with every practice and game.  The biggest thing that I hope to give any team as a coach is the ability to love the game because without the love of the game there is no point in playing."

Coach Joe focuses on coaching education and development. He currently holds a USSF National C license and looks forward to the annual NSCAA coaching convention and taking to National B course within the year

As a player
* Started playing goalkeeper in 1979 at Suitland High School in Prince Georges County, Maryland​

* Has played on numerous Men's soccer teams since 1994

Soccer is simple, but it is

Ron's Coaching Philosophy : "There is no shortcut to Success. Hard work, long hours on the training pitch and the desire NOT to fail is just the start. I like to focus on the fundamentals of the game and working on the player's technical skills. Always play and train as if you'll never get another opportunity to play again."

Formed in 2014, United Soccer Training has a goal to help develop and retain as many youth soccer players as possible. Training out of the Maryland region, we provide private trainings to children of all skill levels from recreational soccer players to academy soccer players. We provide a fun and safe learning environment for youth players of all ages and pride ourselves on our innovative coaching techniques taking our training sessions to the next level. Private training allows children to receive more direct attention and focus in on technical/physical aspects of the game, something team training cant do. Using top of the line equipment and set-ups, we allow each player to get the absolute most out of each training taking them to the next level.

On our first training session, we will acquire a players soccer background, strengths and weaknesses as well as what the player is trying to get out of the training sessions. From their we will do our own pre-assessment to gather our own information. After that, we will create a program to develop the player over the course of their trainings.

Rugby is a different game. There is an

interruption every two minutes also in

American football. Our soccer is a moving